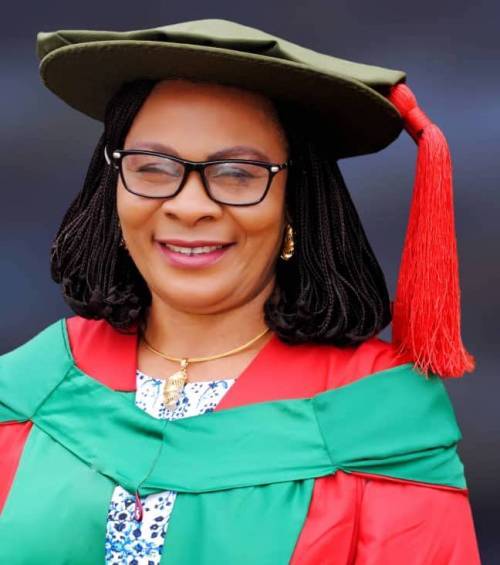 Deaconess Dr (Mrs.) Josephine Emebiziogo Anene-Okeakwa attended Abu-ato Primary School from 1968 – 1975, she attended Asaba Girls’ Grammar School from 1975 to 1981 for her Secondary Education.  She enrolled into the Abraka College of Education, Abraka which later became a Campus of the Bendel State University Abraka Campus, where she got Nigeria Certificate in Education (NCE) in Home Economics Education in 1988.

Deaconess Dr (Mrs.) Josephine Emebiziogo Anene-Okeakwa has held so many positions as a lecturer at Federal College of Education (Technical), Asaba.

Dr (Mrs.) Josephine Emebiziogo Anene-Okeakwa is an excellent scholar and academician. She has published over 50 Journal articles both nationally and internationally.  She has 6 chapter contributions.  She edited a book on entrepreneurship, revised a book and has written 2 standard textbooks. She has over 58 papers presented at conferences, seminars and workshops and has attended over 60 conferences, seminars and workshops.

Dr (Mrs.) Josephine Emebiziogo Anene-Okeakwa bagged many awards including the Best Graduating student from the school of Vocational Education, Bendel State University, Abraka Campus (1998).  She is a member of many professional bodies and learned Society groups, which include, member, TRCN, member, Home Economics Research Association of Nigeria (HERAN), Nigerian Vocational Association, Association for Women in Colleges of Education among others.

This erudite scholar loves reading, travelling, cooking, researching among others.  She was married to late Anthony Anene-Okeakwa with six children.